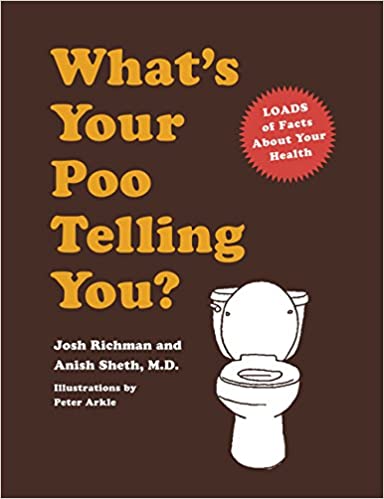 What's your poo telling you?

Something you sit and ponder on the loo? Well? No more!

That being said, now and then there’s something like “What’s your poo telling you?” that poses a question that I previously held no answer to. Of course, I can take wild guesses at pooping in the woods, but what the matter is telling us itself is a whole other question, and now my friend, you will be able to have the answers.

What’s your poo telling you is complete with clear and clever drawn illustrations that will, for better or for worse, leave just the right amount to your imagination, and probably perk your curiosity in the worst possible way.

It goes without saying, but I’ll say it anyway if you’re going to get down and dirty with it, pick up some gloves as well.

What's your poo telling you? on Amazon